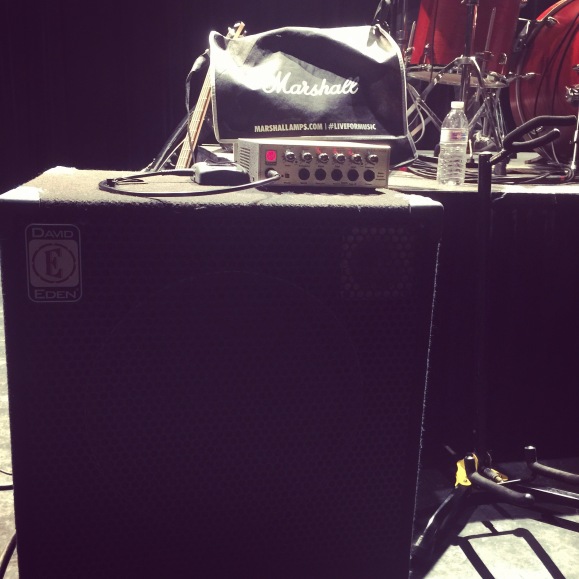 I have been mostly doing fly dates recently. Typically, these involve hiring a backline and/or the kindness of other bassists on the bill letting me use their amps (many thanks to Freekbass, again). I’ve mentioned before that my Eden amps are a huge part of my sound and that I always travel with my WTDI. Well, I recently upped my game and acquired the ultra-portable Eden WTX500 head and it has already revolutionized my traveling with gear.

I just flew from LA to Orlando to play for one of my non-BassDbler gigs and carried my bass AND amp on with me. The amp easily fits in my MONO FlyBy bag, which fits under the seat. The head is only about 5lbs really… 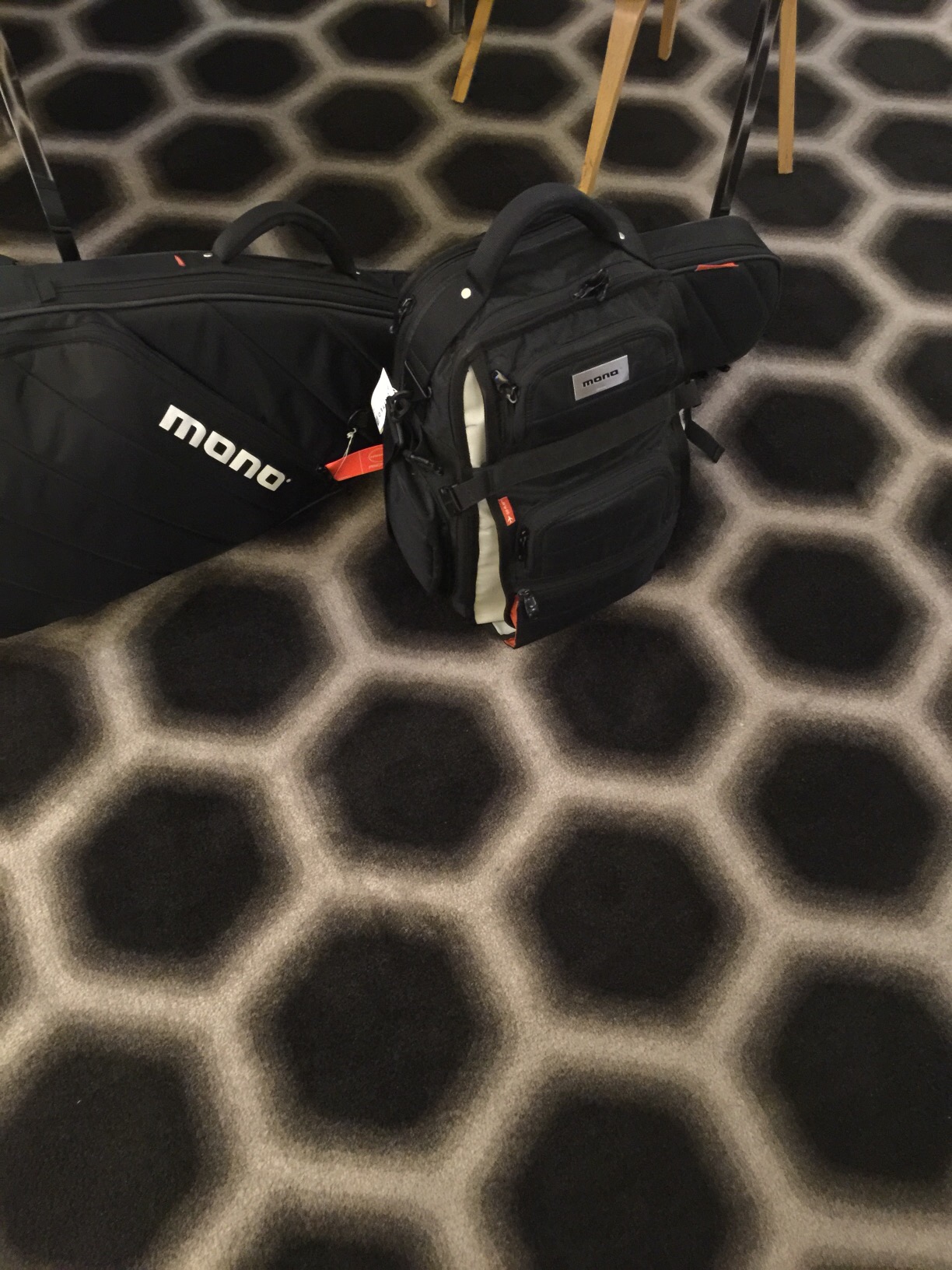 bass and amp in there – points if you know the carpet

So, that’s pretty portable, but how does it compare to my beloved, old Metro? Favourably. When comparing the Metro’s Solid state channel to the WTX500 with one of my 2×10 wedges – there is very little difference. Often, I actually prefer the WTX500.

The Metro might be a bit warmer, surely just due to the power section. (Insert my typical, I love tubes or giant toroidal transformers caveats).  The WTX’s power section is ultimately a package by Bang & Olufsen. Quality. Honestly, that’s the only real difference I find. The most important throaty-ness remains so my fingerstyle lines have the grit and bark I want. I tend to roll off a bit of the treble on the amp, but that’s always the case.

I’m waiting for Eden’s new Glow Plug (tube warmer) to compare with the Tube channel on the Metro. In essence, my hope is that this will replicate the tube/solid state channels on my Metro in a much more flexible and portable package.

I also want to note that the amp was more than enough to play the (world’s largest) Hard Rock. After comparing with Radial (etc.) DIs, we chose the DI from the amp. Interestingly, I did end up using the Enhance control on the WTX500 to fit the room. I typically have the Enhance on 0, but might have gone to 3 or 4 for this show (10:00). I think I would have done the same with a World Tour head, but I don’t know. It could also be that I just wanted something a bit different since I was using a (hired) 15″, or because it was my first real runout with the new DR Pure Blues strings. The WTX500 lets you choose to send a pre- or post- EQ signal to the DI; a feature that worked and was nice to have.

I’m planning on using this as a travel/rehearsal amp and as the amp for synths/backing tracks when I’m playing as BassDbler. I wouldn’t be surprised if it ends up actually being my main amp.

So, if, like me, you are or have been sceptical of these smaller amps in the past, the WTX500 has won me over and is definitely a useful tool. 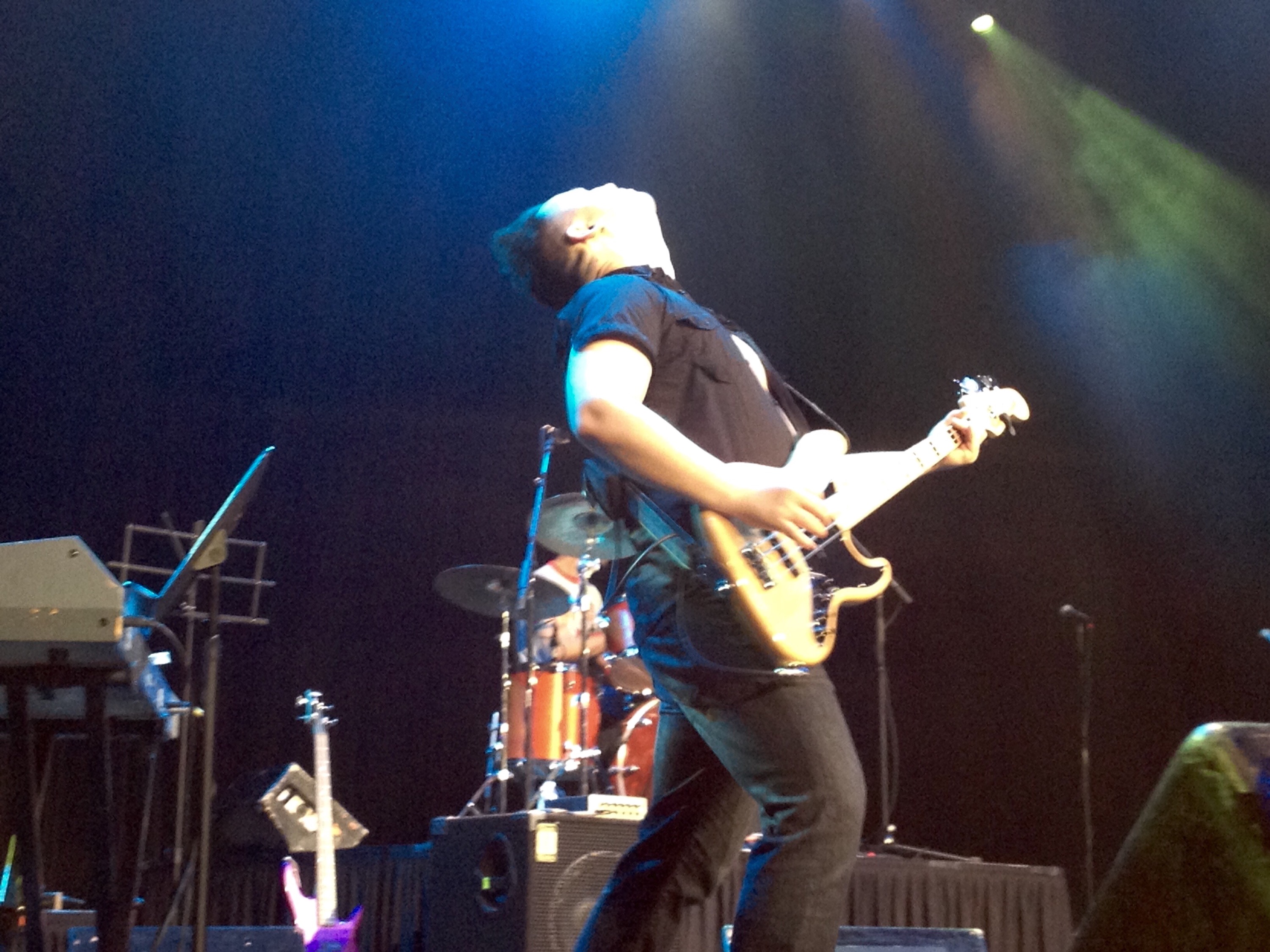 I’m clearly pleased with the amp – photo by BP